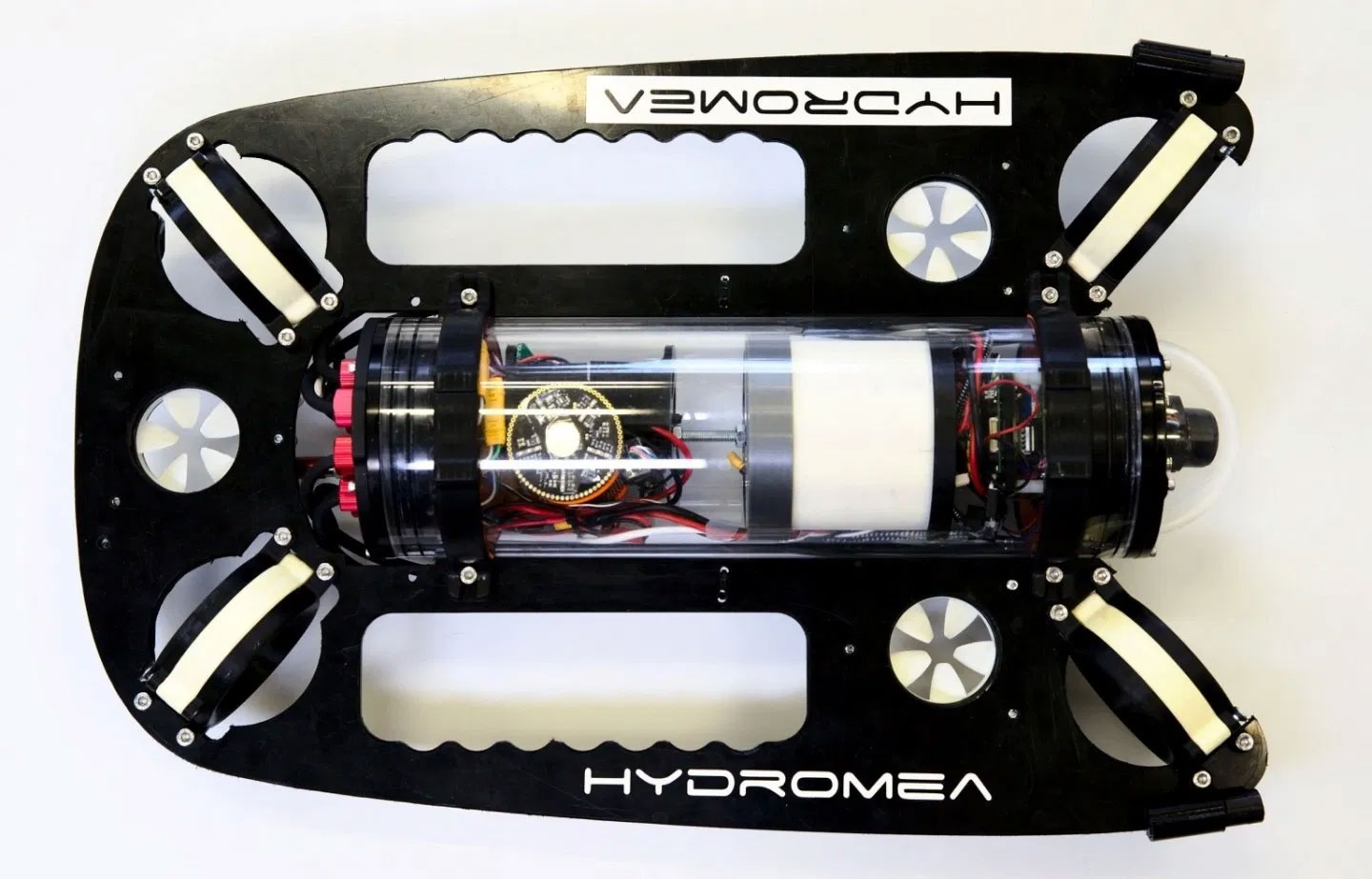 How'd you like to one day go wireless? Honestly, I don't know considering the tether has been sort of an insurance for me just in case I lose my underwater drone. Despite that, one Swiss company named Hydromea has done it using light beams. They're new underwater ROV drone ExRay is based on rapid pulses of rapid pulses of 470-nanometer blue LED light that transmit binary data between the surface and ROV. Opitcal modems then pick up and beam back the information at each end, at a rapid rate of 10 megabits per second without any lag.

The Hydromea ExRay underwater drone has a very similar shape to the Gladius Mini, it's just 27.5 inches long and weighs about 15 pounds including the battery and all the electronic goodies such as the zoom lens camer and optical receiver. It'll be powered by seven thrusters and can operate a total to six to eight hours depending on speed travel.


What's interesting is this type of wireless design might make the ExRay less vulnerable to detection by hostile forces when used for surveillance or intelligence collection. But the technology is still at it's infant stage and this ROV won't be matching all the feats of a flying drone any time soon.

The ExRay's maximal communications range is limited to about 164 in clear or even ark water conditions. Distance wanes when daylight or turbidity increases. The Swiss company is looking to increase the range to at least 328 feet to match the current underwater drones on the market such as the Geneinno T1.

Hydromea plans for the ROV to be used for inspections of closed waterways, hydropower dams, and other infrastructure where replacing human checks could reduce safety risks, as well as cost and time, which many people will appreciate. For more information go over to Hydromea.com, the future is here! 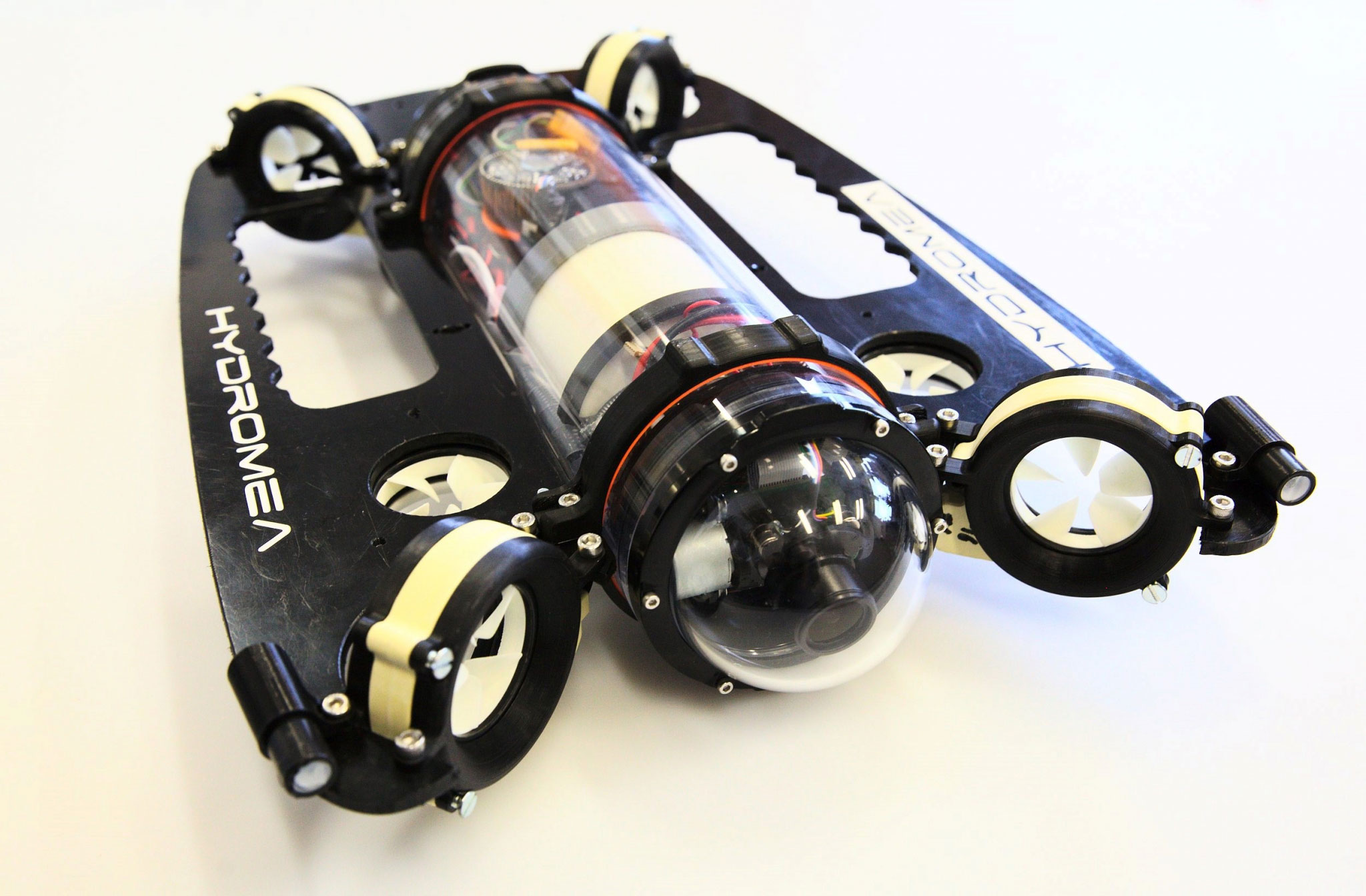 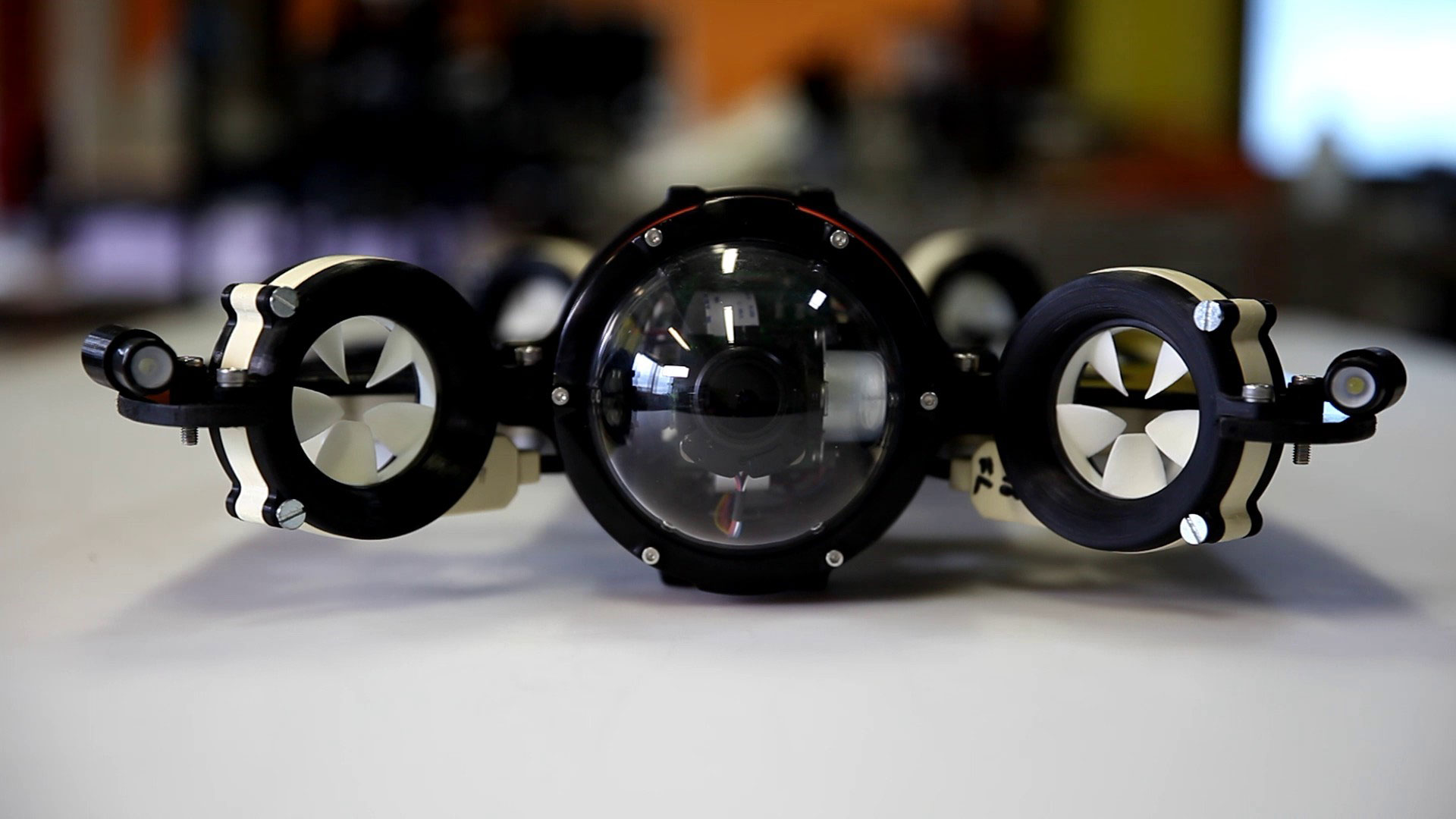